A week after 2022, there is no shortage of uncertainties in the financial markets and the global economy.

But one thing is very clear: Tackling climate change is the city’s biggest business opportunity.

The much-publicized United Nations climate change summit in Glasgow in November last year may not have been the turning point for humanity that environmentalists had hoped for.

The shift from fossil fuels to renewables is likely to take many years, with countries like China, India and Australia continuing to rely heavily on coal power for decades to come. The direction of travel has, however, been defined.

Achieving net zero carbon emissions – or getting close to it – will require spending almost unimaginable amounts of money. And a lot of that will come from mainstream retail investors and pension funds.

The aim is to unlock £ 90 billion in private investment in technologies to tackle climate change, from hydrogen to electric batteries and carbon storage.

Justin Modray, Founder of Candid Financial Advice, said: “There is no doubt that investing to profit from the transition to net zero will become more common, especially as larger companies seek to embrace this change.

“However, investing in small renewable energy-focused companies is not without risk – with every major success, others will be abandoned, so it is important to maintain a well-diversified portfolio. So where are the opportunities for you to make money by going green?

According to the Prime Minister, one day, in the not-so-distant future, we will cook our eggs and bacon on clean hydrogen rather than natural methane.

The technology is in its infancy and there are various forms of it.

Green hydrogen is carbon-free because it uses renewable energies such as solar power and wind power to generate electricity.

Ben Yearsley, chief investment officer at Shore Financial Planning, says those who want to bet on hydrogen could buy shares in ITM Power. This Sheffield-based company manufactures the electrolysers needed to get gas from water. 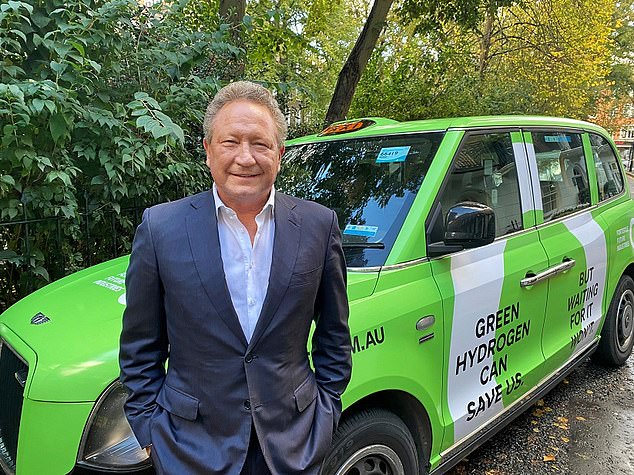 Its share price has risen nearly 1,700% to 363 pence in the past five years. But the race has been eventful, with the share price almost halving since its peak early last year.

It invests across the spectrum of the hydrogen industry, from electrolyser manufacturers such as ITM Power to energy storage, component suppliers and fuel cell manufacturers.

For those who wish to invest more broadly in companies involved in renewable energies, from wind to solar, Modray recommends the Ninety One Global Environment Fund.

An alternative is the L&G Clean Energy ETF, which tracks a basket of companies focused on clean energy.

Countries around the world have pledged to ban the sale of new conventional gasoline and diesel vehicles in the not-so-distant future. The UK has pledged to impose a ban by 2030.

Copper, lithium, nickel, silver and cobalt are all essential components in the electrification of vehicles and the lithium-ion batteries used to power them.

Nickel prices also jumped to record highs in September, in part due to increased demand from manufacturers of electric batteries. Yearsley recommends the Amati Strategic Metals fund, which invests in a range of metals, including lithium, cobalt, silver, nickel and copper.

It might not make you popular at dinner parties. But investing in nuclear is one way to profit from the energy revolution.

AJ Bell Mold points out that China has announced plans to build 150 new nuclear power plants, President Macron has said France will restart its nuclear program, and the UK has started defending Rolls-Royce’s modular nuclear reactions. With the vagaries of the weather, wind and solar power won’t get you far.

The price of uranium – used to fuel nuclear fission – has nearly doubled from $ 27 a pound to $ 50 a pound last year.

But it peaked at $ 130 a pound in 2007, so it still has a long way to go if political momentum continues to build. “It’s not the answer environmental activists can expect to hear and it’s unlikely to be a message they want to hear either, but uranium could emerge as a winner in the green revolution.” , says Mold.

He suggests Yellow Cake, a small company listed on the London Junior Stock Exchange, which has a stockpile of uranium stored in Canada. Or the Geiger Counter Investment Trust.

Again, Greta Thunberg won’t make you like you, but that’s not necessarily a bad thing.

Yearsley says the reality is that some carbon emitting giants like mining giants Rio Tinto and BHP will be the big winners in the transition.

“There is a huge amount of money to be made,” he says. “But the uncomfortable truth of decarbonization is that you have to get a lot out of the ground to make the world a cleaner place, at least for the foreseeable future.

“You need coal to make the steel for wind turbines. So investors may have to stick their noses.

Some links in this article may be affiliate links. If you click on it, we may earn a small commission. This helps us fund This Is Money and keep it free to use. We do not write articles to promote products. We do not allow any commercial relationship to affect our editorial independence.