A decade ago, a tsunami in Japan wreaked havoc on that country’s nuclear power plant in Fukushima, bringing with it global interest in promoting electricity generation from nuclear power.

Construction of new plants and refurbishment of existing nuclear plants slowed and the price of uranium fell, following growing concerns about the safety of the nuclear power industry. Japan has shut down all of its nuclear power plants.

When the spot price of uranium fell to US$20 per pound, exploration activities ceased.

Regular followers of global economic news are aware that the nuclear industry and the uranium that fuels it are reemerging as players in the global bid to tackle carbon dioxide and other emissions that contribute to or cause the climate change.

Countries around the world are moving towards a zero carbon emissions standard. A growing number of experts are warning that existing renewable energy sources for power generation are insufficient to meet net-zero emissions reduction targets. According to these experts, gas and nuclear must be part of the energy mix of the future.

Although not all investors look into the details of nuclear power generation, all investors pay attention to rapid increases in the prices of particular commodities. By January 2018, the spot price of uranium had returned to nearly US$22.00 per pound. By January 27, 2022, the price had more than doubled to $45.05 by January 26, 2022.

Unlike other commodities, uranium is not traded on a futures market, where a buyer can fix a price for the commodity to be delivered at a future date. Futures prices are determined primarily by the spot price of the commodity purchased for immediate delivery.

Demand is driving up prices and a contributing factor to the rise in the spot price of uranium has been the massive purchases by a newly formed Canadian fund – the Sprott Physical Uranium Fund – and the second largest producer of uranium in world – the Canadian company Cameco Corporation. Cameco also stockpiled uranium reserves to fulfill existing contracts with its customers.

Uranium supply was already constrained due to mine closures and a dearth of exploration activity.

These two organizations certainly seem convinced that the world is going to need more uranium, and investors are following their lead, buying ASX uranium miners and others close to production. A further increase in speculative prices could come when Sprott is listed on the US stock exchange.

The European Union has released a draft declaration proposing to designate nuclear and natural gas power plants as environmentally friendly “green” energy sources. Nuclear power plants with construction, financing and waste disposal plans have until 2045 to obtain construction permits. Germany and Austria are both abandoning nuclear power while France, Finland and the Czech Republic are in favor of the proposal, with all three along with Poland having plans to expand nuclear generating capacity. The next pi

Japan has now set 2050 as that country’s net zero carbon date, with plans to generate between 20% and 22% of its energy needs from nuclear power.

Shares in Sprott and Cameco pull supply off the market, while unrest at the world’s largest uranium producer – Kazakhstan – add to concerns about the decrease in available supply.

There are thirty-one ASX-listed uranium mining exploration companies, of which only one currently produces uranium – BHP Group (BHP) at the Olympic Dam. Beverly Four Mile is privately owned and the Ranger mine owned by Energy Resources Australia (ERA) is closed.

Australia ranks second behind Kazakhstan in uranium production and has the third largest reserves in the world. There are four ASX-listed uranium explorers approaching production status, with three of the four posting five-year share price appreciation of more than 200%. 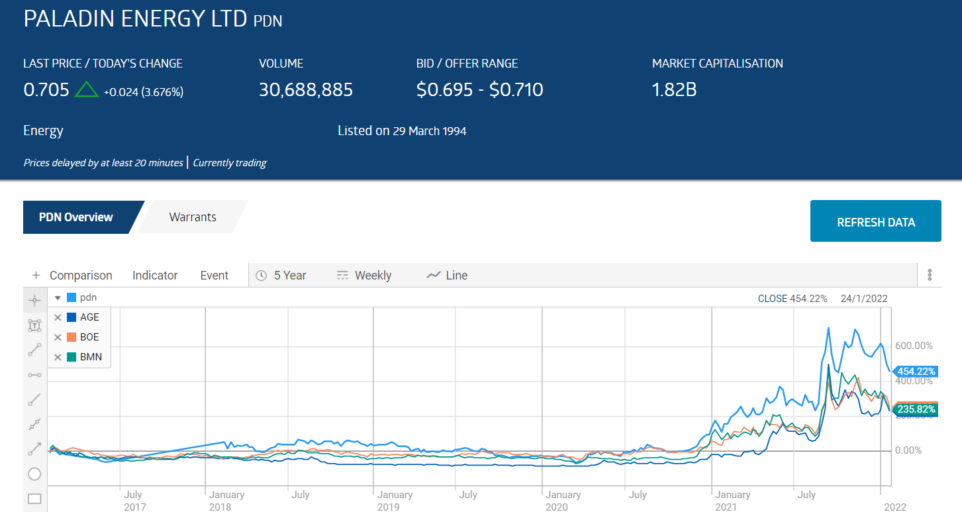 The stock price of the four has fallen over the past few weeks, possibly due to a weakening energy sector as well as weakness in the ASX 200. Additionally, unrest in Kazakhstan seems back to normal, at least for now. to be.

Paladin has several exploration projects here in Australia as well as in Canada and Africa. The flagship Langer Heinrich mine project in Namibia, Southern Africa, is one to watch. Cautious investors should look to ASX uranium miners which are in the late stages of development, moving closer to production.

Langer Heinrich is one of several closed uranium mines seeking to restart production. The company has released updates on its progress in bringing Langer back from mothball status, with the stock price rising each time. During the December quarter, the company released its latest update, confirming Paladin confidence in initial cost estimates, life of mine and ore reserves.

Heinrich had a solid ten-year production history before Paladin ceased operations in 2018 in the face of falling uranium prices. The company says Heinrich remains a “world-class asset.”

Technical work on the project has now been completed, with the mine fully cleared to begin both production and exports. Paladin is currently working on off-take agreements with global utility providers. Investors should watch such deals, as many experts have observed that the next big jump in the price of uranium could come when power companies join Sprott and Cameco in buying uranium.

boss energy is another company preparing for the reopening of a closed mine – the Honeymoon Uranium Project in South Australia. The company says its completed DFS (Definitive Feasibility Study) shows the condition of the mine and processing plant, surrounding infrastructure, operating costs and permits could allow Honeymoon to resume production in twelve months. The DFS was released in January 2020, prompting Boss management to predict that Honeymoon would be Australia’s next uranium mine in production condition.

In June 2021, the company published an improved feasibility study, describing the increase in production capacity and the reduction in operating costs thanks to the improvements proposed to the initial study.

A December 8, 2021 announcement highlighted the restart’s continued progress on multiple fronts, with the company reiterating its claim that Boss could produce uranium within twelve months of a final investment decision. Some analysts believe the company could make the move as early as March 2022.

Bannerman Energy has its flagship Etango uranium project located in the uranium mining region of Namibia. Banner has been working on the “Exploration and Feasibility” activity on this open pit mining project since 2005, completing two feasibility studies along the way – a Definitive Feasibility Study in 2012 and a DFS Optimization Study in 2015.

The studies enabled the company to acquire the environmental and external infrastructure permits necessary for the project, as well as the construction of a demonstration plant for the proposed method of treating the ore – heap leaching.

Heap leaching is a cost-effective and efficient process for extracting uranium from the ore in which it is found. The demonstration plant operated until 2020, and the results along with the two conclusions from the DFS contributed to Bannerman’s scoping study in 2020, followed by a pre-feasibility study (PFS) in August 2021. The Final DFS has been commissioned and is expected to be completed by September quarter 2022.

Etango is a large-scale project, with Banner management claiming the planned production rate makes Etango one of the biggest potential projects in the world. The company is confident in the results of the final DFS, citing as evidence the contributions of previous studies and the continuity of the study team from each phase.

Alligator Energy was a penny stock prior to the resurgence of uranium stocks in 2020. The company has three uranium assets – all in very early stages of development – ​​and one nickel/copper/cobalt asset.

The Alligator Rivers Uranium Province is located in a promising area for uranium mining, as the company has conducted geological surveys.

The Samphire uranium project is a recent acquisition with favorable resource and reserve estimates. The company has reviewed favorable historical data on the project and has an airborne electromagnetic survey to guide drilling efforts which have now begun.

Alligator also has an option for 100% ownership of the Big Lake uranium project in the Cooper Basin.

Investors seem indifferent to the company’s focus on multiple exploration projects either at very early stages or with drilling that has yet to begin. The stock price increase over five years is +225%, but over three years the stock price has increased by +1325%. Year over year, the share price has outperformed its larger and more advanced rivals. 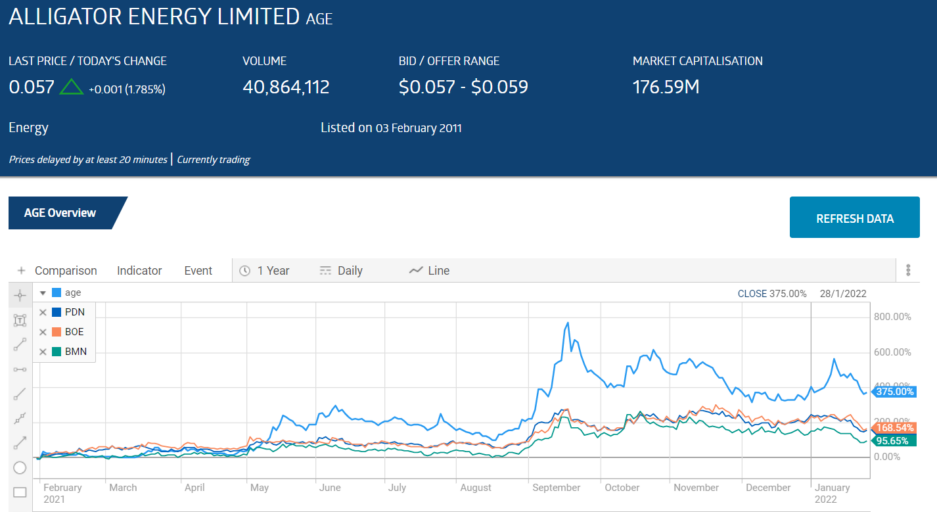 For patient investors with a long-term view, Alligator has an attractive five-year strategic relationship with Traxys North America LLC – a financial and marketing advisory firm to assist Alligator on several fronts, including marketing services once the uranium production begins; assistance with long-term off-take agreements; funding; and acquisitions. 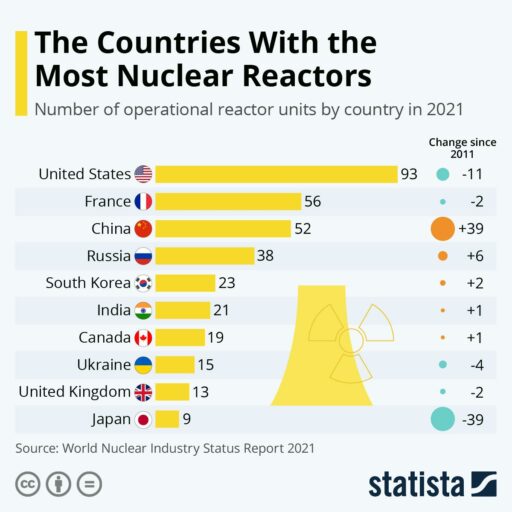