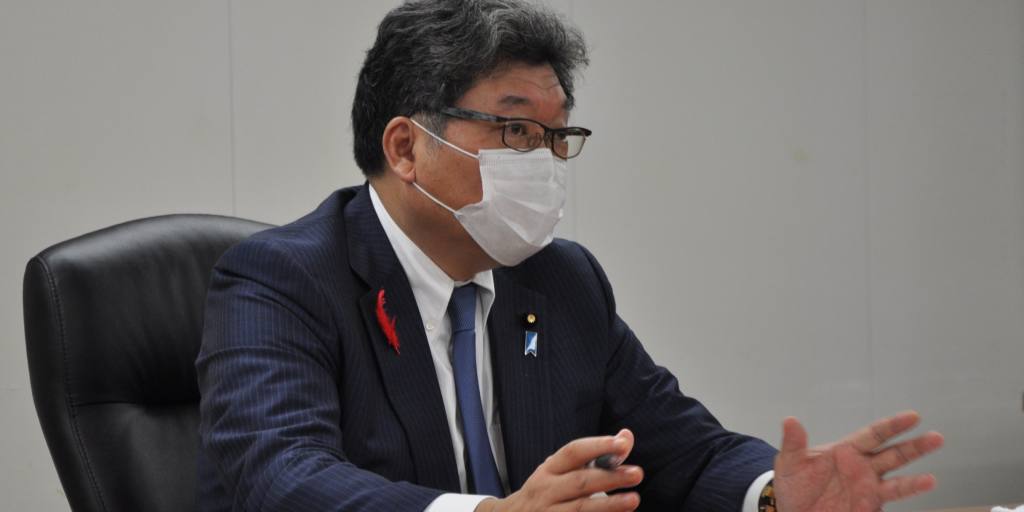 TOKYO – Nuclear energy is “essential” to decarbonize Japan, Industry Minister Koichi Hagiuda said on Tuesday, a sign that Prime Minister Fumio Kishida’s new government will do everything possible to restart the country’s reactors.

Most of Japan’s nuclear reactors have been offline since the 2011 meltdown at the Fukushima Daiichi plant, due to tighter regulations and continued public mistrust of the fuel source. But Hagiuda suggested there was no other way for Japan to meet its goal of becoming carbon neutral by 2050.

“We must pursue all options” to achieve net zero emissions, said Hagiuda, who heads the Ministry of Economy, Trade and Industry, in an interview with several news outlets.

“Nuclear power is indispensable when we think about how we can ensure a stable and affordable supply of electricity while tackling climate change,” he said, while stressing that security will be the top priority. in any scenario involving nuclear energy.

“We will work to restart the nuclear reactors in Japan” with an emphasis on safety and with the understanding of local communities, he said. Former Environment Minister Shinjiro Koizumi had been reluctant to embrace the option.

Still, Hagiuda said there was no change at this time in the government’s stance against rebuilding or building new nuclear facilities.

Under current Japanese regulations, nuclear reactors can only remain in service for up to 60 years. This means that all current existing installations will be disconnected by the 2060s at the latest.

Some members of the ruling Liberal Democratic Party want the government to allow the replacement of existing reactors. Hagiuda has not presented any medium or long term nuclear energy plan beyond restarting existing facilities.

On renewables, Hagiuda pledged “quick steps” to address shortcomings in existing power grids, which have forced solar parks to cut production in the past. He cited as an example the increased use of storage batteries.

The new cabinet launched on Monday is expected to approve Japan’s new Basic Energy Plan, drafted under former Prime Minister Yoshihide Suga, without any major adjustments by the end of October.

“I want to promote the arrival of more chip facilities in our country,” Hagiuda said, adding that he aimed to get the budget necessary to make this happen.

One of Kishida’s goals as prime minister is to create a “virtuous cycle of growth and distribution”. As part of the push, Hagiuda said he would pursue tougher measures to prevent large companies from intimidating small suppliers, for example by demanding prices well below market value.

“We will be thinking about how we can create a framework in which supplier companies feel secure,” he said.