For 175 years, the Institution of Mechanical Engineers has been in the engine room of transformational change. From rail to road, from aerospace to nuclear, it has fostered and amplified the pioneering work of countless engineers. To celebrate this milestone anniversary, this week we take a look at five forward-thinking thinkers who helped shape the world we live in — and five who are creating the world of tomorrow. 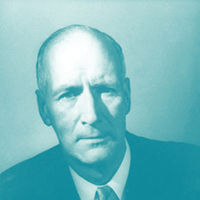 Engineering careers don’t always start in the right industry, even for those destined to become peers. For Lord Christopher Hinton, a six-year apprenticeship at the Great Western Railway’s Swindon Works was “unnecessarily long and tedious”, according to IMechE records.

Fortunately, Hinton finally found the right ground. After a long industrial experience, and appointed deputy general manager of the Royal Filling Factory organization during the Second World War, he took charge of the Atomic Energy Authority’s industrial production base at Risley. He completed all projects on time and within budget, and in 1956 Calder Hall Power Station became the first nuclear power station to supply electricity to the national grid.

In rural Uganda, the cheapest energy tariff is around 0.50 to 1 dollar per kilowatt hour, roughly the amount of energy needed to boil a kettle 10 times. “Think of a mother with a baby, who needs to sterilize stuff – it’s super expensive! Being able to reduce the cost of electricity can have a real impact,” says Elizabeth Nyeko.

Reducing the cost of energy is one of the goals of Modularity Grid, created by Nyeko after experience in designing, installing and operating biomass microgrids. During the work, it became apparent that the engineers were spending an unsustainable amount of time on routine tasks using manual software tools. “There was a need for tools that could help manage performance and health,” she says. “That’s what inspired me to create Modularity Grid.”

The company’s technology helps manage supply and demand, intelligently directing resources to deliver the specific amount of electricity users need. It also enables intelligent operations and maintenance, with increased visibility into the status of subsystems and components.

“Having an idea of ​​state of charge, charge rate, discharge rate and all those types of feedback measurements gives you an indication of how a battery is behaving and can help you spot problems. in advance,” says Nyeko. “You will then eventually be able to prevent the component from failing.”

This data-rich approach enables predictive maintenance, operational transparency and reduced costs. In a demonstration funded by Innovate UK in Uganda, the company brought the price per kilowatt hour down to around $0.26.

The same approach could bring many benefits to rural areas in the UK. Nyeko is working on a microgrid project on a farm in Wiltshire, using bioenergy from manure. Such systems could reduce the cost of energy by 30-40%.

In the future, Nyeko predicts a “middle ground” between rural microgrids and the national grid – with farms and data centers generating their own renewable energy, reducing costs and helping quantify emission reductions.

Be sure to check imeche.org/news throughout the week for more stories about forward-thinking thinkers, from nuclear power pioneers to zero-emission aviation experts.

To learn more about the 175 IMechE celebrations, visit the official homepage.

Want the best engineering stories delivered straight to your inbox? The Professional Engineering Newsletter gives you vital updates on the most cutting-edge engineering and exciting new job opportunities. To register click here.

Content published by Professional Engineering does not necessarily represent the views of the Institution of Mechanical Engineers.